The Changing Role of Today’s CFO

There is a saying in the business world, the only real constant is change. This is especially true for the Chief Financial Officer (CFO) position. As businesses see a shift toward a global stage, CFOs are faced with the need for change. This change is needed in both their company and the role they fill.

Globalization has rocked the business world. Before, the main competition a company had to worry about were the industry peers that were near them geographically. Now, a company has to compete not only with their near neighbors, but foreign companies. This signifies a shift for the CFO from traditional networking to global business relationships.

To remain competitive on the global stage, CFOs must advocate for constant change and adjustment in the company’s business plan. This may include expansion into foreign markets or new industries. It may include renewed efforts to reduce cost and improve the efficiency of the company’s strategies and workflow. It may even include a shift toward new business developments like freelancing or telework in order to remain competitive.

The CFO has always been involved with setting out the company’s forward-facing strategy. However, in light of a shift toward global business, strategizing for the future is more complex. The future holds greater potential for connectivity, but higher risk. There is a lot of room for organic expansion, but that must be balanced with the groundwork for inorganic growth.

A CFO of the future will be faced with the need to mesh multiple business strategies, especially if that business is looking to stay salient on the global stage. This may ultimately include an entirely new business model or structure, which would fall under the CFO’s responsibilities.

Execution of a new strategy is an especially crucial facet of the CFO’s new role. It is no longer possible to set a business strategy in motion and expect it to play out how it was planned. Instead, the CFO has to monitor things like industry shifts, global markets, and more.

Risk Management on a Global Scale

Another huge part of being a CFO in a global market is risk management on a large scale. A larger economic stage naturally results in more available capital. However, it also means that there is more competition for said capital. A company’s competitors are no longer on the other side of the tracks. They are on the other side of the world, which means the new pool of capital is as well.

Business is inherently risky. However, global and technological shift makes business even more risky. The role of the modern CFO will be responsible for managing the risk for new projects, new assets, expanded business ventures, foreign offices and more.

These new undertakings will require capital, of course. However, CFOs need to bear in mind that the modern investor is looking for something more than a business with a sound financial history. They are also looking for businesses that are open to the future. Often, this means businesses that are willing to make a shift toward technology.

Thirty years ago, business looked the same across the board. Everyone came in at 9 a.m. Memos were distributed by hand. Conference calls consisted of four men in suits sitting around an actual phone in the center of the table. Presentations were displayed on actual paper set up on easels. When the day was done, you left at 5 p.m. and went home for dinner.

Now, business looks a lot different. People are meeting with their colleagues around the world from the comfort of their office chair. A virtual memo can be sent to everyone in your company in seconds. Your graphic designer works on a freelance basis and regularly submits completed work over the internet in the middle of the night. She lives 3000 miles away from your office building.

The shift toward technology so far has only scratched the surface of what tech can do for your business and for businesses around the world. Investors and other networking partners are looking to ally themselves with companies that can keep up with the shift. It is up to the CFO to prove the company is up to the challenge.

The role of the modern CFO is faced with a myriad of new challenges that seem unrelated to business. For example, many companies have come under scrutiny for things that the executives of decades ago would not have imagined. CFOs may find themselves having to answer for the company’s charitable contributions to not only shareholders but consumers. Executives are finding themselves on the front-end of public media controversies that affect the whole company’s cashflow.

Connectivity in business is a two-edged sword. It is easier than ever to keep your employees connected no matter where they are. However, it is also easier than ever for one bad egg to ruin an entire company’s reputation because of a poorly placed social media post or an old yearbook photo. The modern CFO will need to prepare their company and its finances for these new realities. 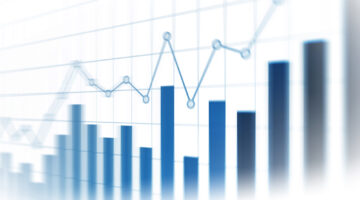